A U.S. war veteran with a disability called out news outlet MSNBC for blocking an accessible parking spot outside of a polling station in Houston, Texas, to do a live report.

Air Force vet James Berrie arrived at an early polling station on Tuesday to find a reporter and camera crew using the accessible parking space to set up cameras and lights to broadcast live from outside the venue.

“Went to vote, and found this waiting for us. The only van accessible spot and they’re filming in it,” Berrie posted on social media along with a photo of the news crew. “We asked them to move, pointed out how it was wrong, then went to vote, because it takes time to load up.

“This is suppression. If I couldn’t park I couldn’t vote. Their van had no handicap placards,” he wrote.

Berrie told KHOU11 News it took him and his wife about 15 minutes to vote and when they went back out, the crew was still in the same spot. 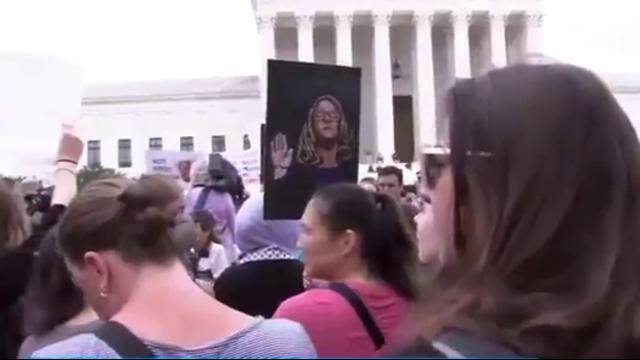 “They had made no effort whatsoever to move,” Berrie said. “Their job is more important than accessibility. There were so many other places to do (their live shot). But you chose to do it here. We’re like, ‘No. We gotta stand up.’”

The vet said he asked a couple of firefighters that were at the polling station if they could ask the news crew to move.

READ MORE: ‘Racist’ Trump ad conflates a convicted cop-killer with a migrant caravan ahead of midterms

We made the wrong call today by using a disabled parking spot for our live shot in TX. There’s no excuse. I apologize to the two people who were on their way to vote as it’s one of the most important parts of our democracy; we’d never want to jeopardize anyone’s ability to do so

“There’s no excuse,” she tweeted. “I apologize to the two people who were on their way to vote as it’s one of the most important parts of our democracy; we’d never want to jeopardize anyone’s ability to do so.”

Berrie told KHOU that he was glad she had acknowledged the wrong and that “I’m hopeful that in the future it won’t happen again.”