A 23-year-old woman with severe physical and intellectual disabilities was raped and impregnated at a Florida health-care facility, her family alleges.

The woman suffers from profound intellectual disabilities as well as an array of physical ailments including seizures, foot contractures and a deformed spine. She is “non-verbal, immobile, lacks dexterity in her hands and arms” and requires a feeding tube, according to a copy of the lawsuit published by WKRG-TV.

According to the lawsuit, the woman was under the care of the Pensacola Cluster health-care facility and only left on weekdays to attend educational programs at Escambia Westgate School, a centre for children and young adults with disabilities.

Staffers at Westgate became suspicious in late January 2018 when they noticed changes in the woman’s behaviour as well as physical injuries including a bruised hip.

They notified Pensacola Cluster about the woman’s condition multiple times, but directors at the health-care facility allegedly failed to look into her injuries, notify her doctor or take any steps to protect her from further abuse.

It wasn’t until an investigator from Adult Protective Services got involved that the woman, who requires a feeding tube, was taken for a medical examination. There, it was revealed that she suffered a broken hip, had been raped and was pregnant.

No arrests were made, and the investigation closed after the woman allegedly lost the baby due to a miscarriage.

“After an extensive review and consultation with the state attorney and DCF [Department of Children and Families] we are confident that all investigative leads have been exhausted.”

Florida Mentor, the company that runs the Pensacola Cluster facility, provided the following statement to ABC13:

“We regularly review our protocols with the goal of enhancing the quality of our services and minimizing any risk to the health and safety of the individuals we support. We have fully co-operated with all external parties investigating this matter and will continue to do so.”

The lawsuit seeks $15,000 in damages from National Mentor, the company that operates Florida Mentor, which in turn runs the Pensacola Cluster facility.

It comes on the heels of a similar case in Arizona, where authorities said a woman in a vegetative state gave birth after being raped at a long-term care facility. 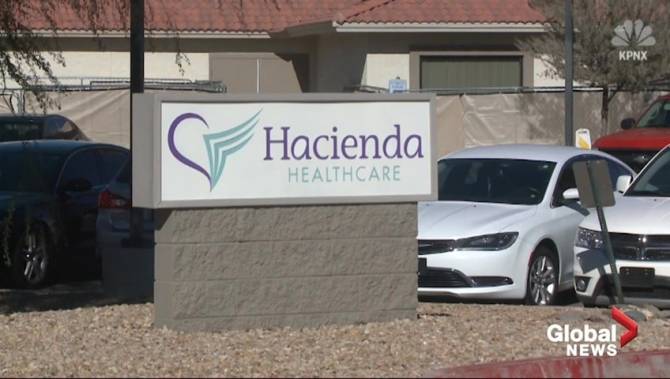